Savvy business owners are increasingly discovering the unique advantages of using an Employee Stock Ownership Plan (ESOP) as a business succession strategy.  ESOPs allow business owners to receive “fair market value” from the sale of their ownership in a tax-advantaged sale, while at the same time protecting the company’s legacy as independent business.  In addition, an ESOP provides important financial benefits and other competitive advantages to the sponsoring company, allows its employees to receive the financial rewards of ownership, while at the same time providing an attractive business succession plan for selling shareholders.
You're invited to join members of GBQ’s ESOP Advisory team to learn what “all the buzz is about” related to ESOPs.  In this introductory session, designed for business owners and advisors with limited prior knowledge of ESOPs, we will discuss:
• How an ESOP works
• Advantages of ESOP ownership
• Which companies make good ESOP candidates
• Key steps to implementing an ESOP 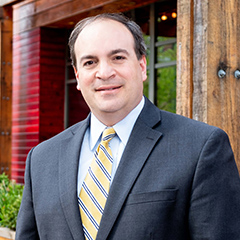 Brian D. Bornino, CPA/ABV, CFA, CBA, is the National Practice Leader for GBQ’s Valuation & ESOP Advisory practice.  Brian has led 3,000+ valuation engagements during his career, including 1,000+ ESOP projects.  Brian’s ESOP practice specializes in ESOP valuations, feasibility studies, formations, transactions, and advisory, as well as valuations for various other reasons related to transactions, estate & gift planning, and other corporate and shareholder planning purposes.  Brian has been active in the national valuation and ESOP community for 20+ years and is a frequent speaker on valuation- and ESOP-related issues. 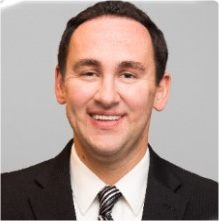 Joseph R. Borowski is a Director in the business valuation group at GBQ Consulting LLC.  Through over 1,000 ESOP valuation engagements, Joe has advised ESOP companies at all life cycle stages through transaction opinions, feasibility studies, annual valuations, transaction structuring, and other advisory services.  He has also performed hundreds of non-ESOP valuations in the context of business succession planning, estate/gift taxation, transaction advisory, financial reporting, and various other corporate-related matters.  Joe has been active in the national valuation and ESOP community for 15+ years and is a frequent speaker on valuation- and ESOP-related issues. He holds the Chartered Financial Analyst (CFA) designation, and earned his B.S. degree in Business Economics from Miami University.

REGISTER now and join us for this live webinar on 8/4.  You'll have the opportunity to submit questions during the session and view a recording post session.
Location:
We will be using ZOOM. An email will be sent to you with the registration confirmation and log-in information from ZOOM to access the webinar.